Samsung Galaxy S Lightray 4G has already been launched on the market and you can buy now for a price of $459 without contract. You can also take a look at MetroPCS’s 4G LTE plans which start at $40 per month for unlimited voice, text and data, so be sure that this device deserves all our attention.

Samsung Galaxy S Lightray 4G comes with a 4.3-inch touchscreen and runs on the older Android 2.3 operating system. This might not be the best news for you, but be sure that there are other numerous advantages. The eight-megapixel camera on the back equipped with auto focus, geo tagging, LED Flash or 720p HD video recording capability is the perfect example, as well as a front-facing 1.3-megapixel camera for video calls.

Samsung Galaxy S Lightray 4G is also a 4G LTE capable device and can be used as a mobile hotspot. And its special app known as Dyle mobile TV lets you watch live local TV broadcasts, without any extra charge. And don’t forget to take in consideration the fact that Dyle is currently limited to 35 markets among we can mention: Los Angeles, San Francisco, Atlanta, Boston, New York, Washington, D.C, providing unlimited access to Fox, NBC, Telemundo, Univision, or Qubo. 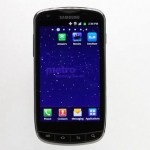 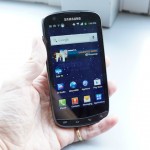 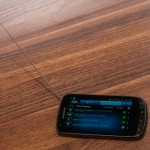