LG Optimus LTE II has just arrived in South Korea and it seems to be a pretty special device. And we say that because of the fact that it comes with the ability to run large applications as long as it includes both 2GB RAM and LTE connectivity. 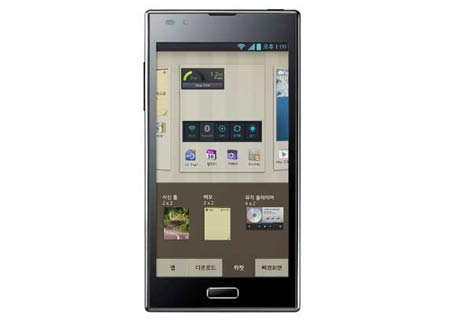 LG Optimus LTE II comes with an 8-megapixel camera on the back along with a 1.3-megapixel shooter in front and a 4.7″ True HD IPS display having a maximum resolution of no less than 1280 x 720 pixels plus a total of 16 million colors. If you are dreaming about a quad-core chip unfortunately that’s not the case. LG Optimus LTE II sports only a 1.5GHz dual-core processor from Qualcomm, but there isn’t disappointing news at all.

If you want more than those 16GB of internal memory, a microSD memory card slot is included too. And LG Optimus LTE II also comes with no other OS than the Android 4.0 Ice Cream Sandwich version brought right out of the box.