This summer has plenty of surprises for us and Toshiba Excite 7.7 is just one of them. We are taking about a 7.7-inch Android ICS tablet which comes powered by an NVIDIA Tegra 3 chip featuring a quad-core CPU also having the Google Android 4.0 Ice Cream Sandwich operating system. 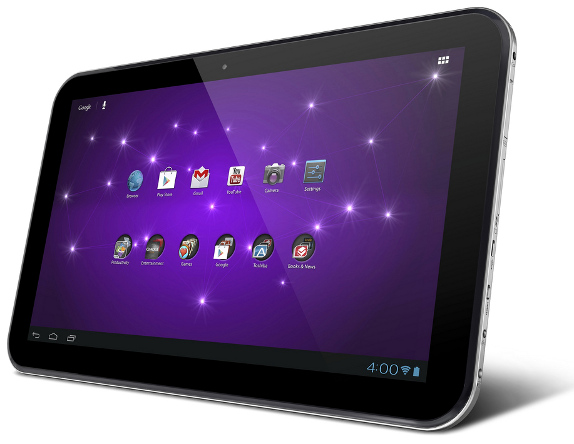 Toshiba Excite 7.7 boasts a 5 megapixels camera which is equipped with all those features that we’re looking for in order to have pictures at a higher quality: geo tagging, LED Flash and even video recording capability. As for video calls, be sure that they can also be made thanks to the included 2 megapixels front facing camera.

Toshiba Excite 7.7 includes 1 GB of RAM memory and presents a 32 GB of internal storage capacity which can be extended using a micro SD card. As for its AMOLED capacitive multi touch screen, as you’ve already seen it comes with a 7.70 inches diagonal, but it is too soon to give details about its resolution. So we’ll be back with more details about this Toshiba Excite 7.7 model.