We’ve talked about Sony Tablet S before and now we are back with more details. And we are talking about the Android 4.0 Ice Cream Sandwich operating system which is officially announced, so we are thinking about some major improvements among e can mention some of the most important ones: 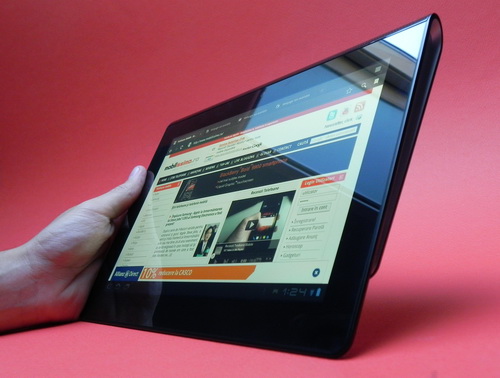 Sony Tablet S will include enhanced lock screen, enhanced gallery media viewer, web browser, new panoramic camera mode, new home screen actions, exclusive Small Apps for multi-tasking, access files directly from SD card. And its other features are great too: a TFT capacitive multi touch screen which comes with a diagonal of 9.40 inches and a resolution of no less than 1280 x 800 pixels; or a dual core processor running at 1000 MHz frequency.

Sony Tablet S is also equipped with a 5 megapixels camera with auto focus and 720p HD video recording capability. And there are to versions: the 16 GB model priced at 499.99 $ and the 32 GB version which has a price of 599.99 $. As for the design, Sony Tablet S has an ergonomic form making it feel light and comfortable in the hand.