Panasonic Eluga is a new smartphone currently available in Germany having a price of $520. if you think that it is too much, just take a look at this article and you’ll understand that it is equipped with really good features. Powered by Google Android 2.3.5 Gingerbread OS, this Panasonic Eluga model comes with a 3 inches OLED capacitive touchscreen having a maximum resolution of no less than 960 x 540 pixels. 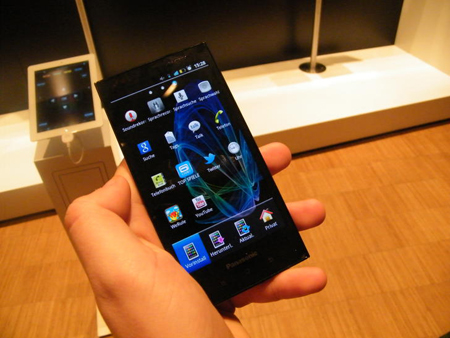 Its battery having a capacity of 1150 mAh is able to offer a talk time of up to 4.00 hours and a stand-by time of no more than 300 hours – not exactly the numbers that w were looking for. And another negative aspect for Panasonic Eluga is the fact that it doesn’t include a basic microSD slot for storage expansion. But are these aspects strong enough to determine you not to like this device?