Asus Eee Pad Slider is a tablet that will arrive in September. First expected in May, it seems to be something worthy of our complete attention. So continue reading in order to find the most important aspects about it. And you won’t regret it. 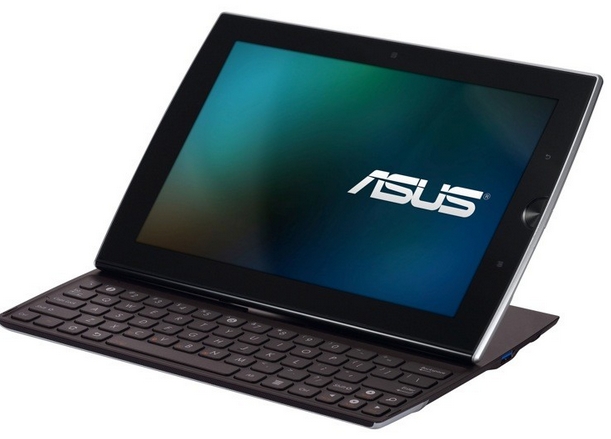 Let’s start by telling you that it comes equipped with an IPC capacitive multi touch screen which comes with a 7 inches diagonal ale to provide a displaying capability of no less than 16 million colors, as well as a maximum resolution of 1280 x 800 pixels. And let’s not forget about some other elements such as the Proximity sensor for auto turn-off, accelerometer sensor for UI auto-rotate and that Full slide-out QWERTY keyboard.

When it comes to the software chapter, things don’t look bad at all. We are referring at Android 3.0 Honeycomb as operating system which. Not to mention its dual-core Nvidia Tegra 2 processor running at 1 GHz frequency. As for the RAM memory area, this tablet can have a total amount of 1 GB or 512 MB, according to its version. Because another major aspect is given by the fact that this tablet will be available in two memory versions. We are talking about the 16 GB version which will cost no more than 479 € as well as the 32 GB version having a price of 599 €.

You have to be curious about the connectivity options too and we have here all the details for you. This tablet includes the basic elements among we can mention: Wi-FI 802.11 b/g/n connectivity, A-GPS, Bluetooth module version v2.1 with EDR, mini HDMI, micro USB v2.0, or a 3.5 mm stereo headset jack. And how could we forget about its 5 megapixels camera offering pictures that can reach a maximum resolution of o less than 2592 x 1944 pixels? Other features such as Auto focus and LED flash are included, not to mention the 1080p HD video recording capability at 30 fps. Even more, on the front side you can also find a 1.3 megapixels camera, perfect for video calling, so we really expect this tablet model to arrive.