We have here the improved version of Motorola DEFY – Motorola Defy+, which comes with some major differences. We can tell you that it is going to reach the AT&T market only at the end of 2011, so is way too early to talk about a price or even some photos of this device, but we can’t say the same thing about some very important technical features. 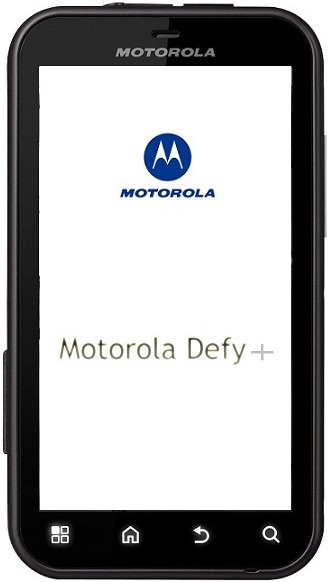 They are already available and we can tell you all about them. Let’s begin with its 3.7 inches TFT capacitive touchscreen which comes with a maximum resolution of 480 x 856 pixels WVGA, as well as a displaying capability of no less than16 million colors. And let’s not forget about the other elements: Gorilla Glass display for protection, Ambient Light Sensor, Accelerometer sensor for UI auto-rotate, Motoblur UI with Live Widgets and Pinch to zoom.

When it comes to the software aspect, things look even better for Motorola Defy+
Than its predecessor: it runs on Android 2.3 Gingerbread, it’s powered by a TI OMAP3610 CPU which provides 800 MHz and it includes a total amount of 512 MB ROM memory. No less important is the built-in memory chapter of 2048 MB, which can be easily extended up to 32 GB using a microSD or microSDHC card. As for the connectivity, we can mention some elements that you are already used to – Bluetooth (Version: 2.1), Wi-Fi (802.11b, 802.11g, 802.11n), A-GPS, Stereo FM with RDS, micro USB and HSPA.

A pleasant surprise is represented by its 5 megapixels camera which comes equipped with some features such us:Auto Focus, Image Stabilization, Effects, Scenes, Geo tagging, or LED flash, having the ability to take pictures that can reach a maximum resolution of no less than 2560 x 1920 pixels. We must warn you that there’s no support for video calling, but it includes a video recording capability at 26-30 frames per second. Its autonomy is still a mystery at this point, but we can’t say the same thing about its dimensions of 4.21 x 2.32 x 0.53 (107 x 59 x 13.4 mm), with a total weight of 118 grams. So what do you think about it?