Nokia Sea Ray, the first Windows Phone powered smartphone from Nokia will arrive sooner than we would even imagine: on August 17th. So what better moment than this one to talk about its main technical features? Although we must admit that there are many details unknown at this date. 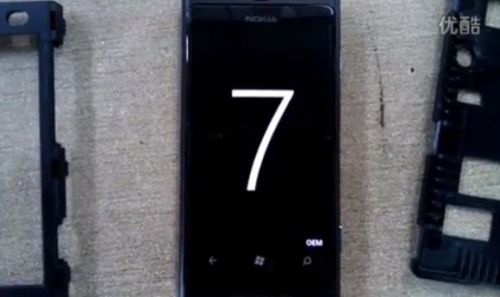 But let’s focus our attention towards the already known elements such as an 8-megapixel camera with Carl Zeiss which includes some very important features such as: Auto focus, Geo tagging, or LED Flash, not to mention the video recording capability or the fact that it can shoot pictures at a maximum resolution of no less than 2592 x 1944 pixels. If you are curious about the presence of a front facing camera for video calls, we must tell you that we don’t have any information at this moment.

And the lack of details can continue if we are talking about its processor, the capacity of its Li – Ion battery, color displaying or resolution of the capacitive touch screen. What we know for sure is that it includes some usual elements such as: Proximity sensor for auto turn-off, accelerometer sensor for UI auto-rotate, Gorilla Glass Display, Scratch resistant Glass and Light-sensor (Ambient). And let’s not forget about Windows Phone 7 Mango OS, Music Player, Video Playback, Music ringtones, support for features like Facebook, Picasa, PDF viewer, Twitter, YouTube, or Excel, PowerPoint and Voice recording ability.

When it comes to the connectivity aspect, it comes equipped with A-GPS, DLNA capability, HSDPA – up to 14.4 Mbps, HSUPA – up to 5.76 Mbps, Wi-Fi 802.11 b/g/n connectivity, a Bluetooth module version v2.1 with EDR Stereo, FM radio (76 – 108 MHz) with RDS, v2.0 micro USB and 3.5 mm stereo headphone connector. Here we have a few more shots of this smartphone, but don’t worry if it looks very familiar. Nokia Sea Ray is almost identical to the recent N9 model, having only an additional hardware button but we still expect news about a final price.