When we found out details about the ASUS Eee PC X101 netbook, we thought about it as an inexpensive model, having a price starting from $199. Much cheaper than we could expect from a 10-inch netbook which has not only a very stylish physical design, but some really interesting specifications to. 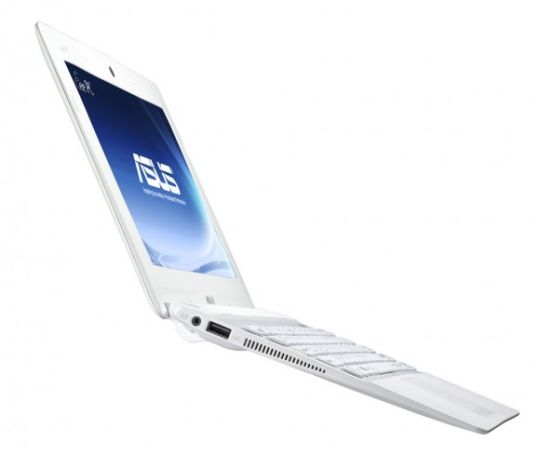 Let’s start with a list of some technical features, as long as it is confirmed that the X101 will come equipped with an Intel Atom N435 (1.33GHz) processor, assumed to be Oaktrail, integrated GMA graphics, a 10.1-inch display having a resolution of no exactly 1024 x 600 pixels, as well as a 2600mAh battery. When it comes to the software domain, this netbook gives you two versions to choose from – Windows 7 or MeeGo OS, but you must be very careful. We can tell you for sure that the $200 MeeGo variant is much cheaper than the Microsoft’s OS license.

Various usual features are included, among we can mention 802.11b/g/n Wi-Fi, 2 x USB ports and a microSD memory card slot, a headphones socket, dual microphones, chiclet keyboard or even a webcam on top of it. We also know that it will include 250 or 320 GB hard drive, or that it will have its own app store. We already told you that it is too soon for a complete list, so its impossible to offer you any other details at this moment. When it comes to its portability and design, we must tell you that it weighs no more than 1kg and has only 17.6mm in thickness (much thinner and lighter than the original Asus Eee PC 701), not to mention the possibility to choose between white, red or gold as color options.

But we heard some rumors about a black model too, so we must wait and see. We can also notice that the touchpad doesn’t have any distinct buttons, but it certainly remains a model with a case design which looks pretty good. We think that these pictures can help you take a final decision, even more when you have so much time to think about buying or not this notebook. Because we don’t have any idea about its availability, but we’ll keep you updated.