The world’s first 7-inch Android powered tablet that runs on Android 3.2 Honeycomb OS and has support for Huawei Device’s Hispace Cloud Solution – Huawei MediPad comes with the promise of an impressive set of features. And from what we know at this moment, it will be available in United Stated in the third quarter of 2011. 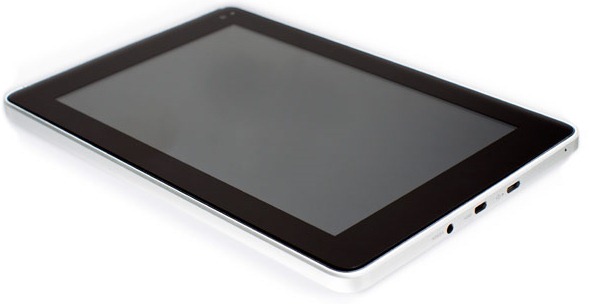 Although we don’t have any details about its price, its impossible not to be impressed and dream of such a device which is equipped with a 217 pixels-per-inch 7-inch IPS LCD capacitive touchscreen display with the resolution of 1280 x 800 pixels, or the ability to display a total amount of 16 million colors, not to mention the fact that it is powered by a dual-core 1.2GHz Qualcomm processor. If you aren’t pleased by its 8GB Internal Storage, there isn’t a problem; you’ll find a micro-SD card slot for expansion up to 32GB.

Connectivity options include Bluetooth v2.1 module with EDR Stereo, Wi-Fi 802.11 b/g/n, A-GPS, HSDPA up to 14.4 Mbps, FM radio (76-108 MHz) with RDS, v2.0 micro USB and a 3.5 mm stereo headset jack. And if you are wondering about the camera aspect, we have all the answers for you. First of all, you’ll find a 5 Megapixels one, having a maximum resolution of 2592 X 1544 pixels and some features such as Auto Focus, or Geo tagging. But there is a secondary 1.3 megapixels camera for video calls too, offering a 720p HD Video Recording capability.

When it comes to the portability aspect, Huawei MediPad tablet is a real example having only 10.5mm thickness and a weight of exactly 390 grams, so there isn’t a thing to complain about. And its Li-Ion 4,100mAh Standard Battery provides up to 6 hours of Video Playback time. Other features that can be mentioned are – Adobe Flash 10.3 Player compatibility , Digital Compass Android Market, G-mail, G-Talk, Google Maps, Facebook, Twitter, YouTube, or Picasa support, Let’s Golf and Documents To Go Apps Pre-Installed, so we can say that this Huawei MediPad tablet can be an acquisition without any regrets.