BlackBerry Torch 9850 is expected to arrive before the end of next August, so there is no wonder that everyone talks about it. Also known as BlackBerry Monza or BlackBerry Monaco, it seems to have all the ingredients of a high-end features device. 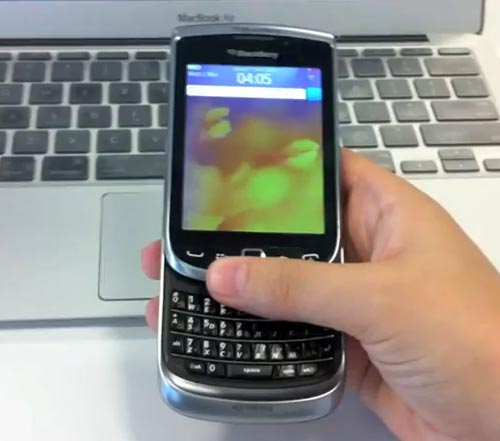 It is true that we don’t have any details about the price or the autonomy provided by this smartphone, but we expect news very soon; and more important, we have all the other details that you might be interested about. For example, it includes a TFT LCD capacitive touchscreen offering a maximum resolution of no less than 480 x 800 pixels WVGA or the ability to display no less than 16 million colors, as well as a Qualcomm 8655 Snapdragon processor at 1.2 GHz frequency.

When it comes to connectivity and network abilities, BlackBerry Torch 9850 will include not only WiFi, Bluetooth, but also 3G or GPS receiver. And the self storage problem is solved as long as this smartphone is equipped with 4GB of internal memory with micro SD card slot to expand storage media through a memory card up to 32GB capacity. Its 5 megapixels camera takes pictures which can reach a maximum resolution of 2560 x 1920 pixels, including a video recording capability too at 720p HD (1280 x 720 pixels). And lets not forget about the other various features such as Face Detection, Flash, Image Stabilization, Geo-tagging, Scene modes, Auto focus, 4x digital zoom.

If you are thinking about a front facing camera for video calls, we must tell you from the start that it wasn’t installed. But you might be pleased by its other features – Mobile Hotspot, BlackBerry 6.1 Applications, BlackBerry Browser, Augmented reality apps, SW v6.1, Evolution 6, BlackBerry Maps and Windows Media Digital Right Management 10. or the fact that it will give you the opportunity to explore RIM’s Blackberry OS 7 (formerly called OS 6.1). Its dimensions of exactly 120 x 62 x 11.5 mm with a weight of 135 grams are more than decent too, so BlackBerry Torch 9850 looks like something worthy to wait for.