The case of the Motorola Droid Bionic Targa smartphone is a pretty unusual one. We’ve had news about it since the beginning of the year, but numerous delays and cancelations appeared. So, exactly when we had no hope, we found out that the project is not abandoned. 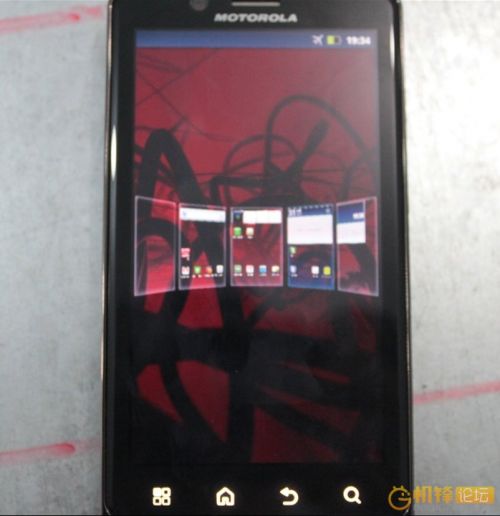 More and more details start to appear and we’ll tell you everything about them. The 4.5 inches qHD capacitive multi touch screen has a maximum resolution of no less than 860 x 540 pixels or a capacity to display 16 million colors and the Nvidia Tegra 2 dual core processor with 1 GHz speed offers you the highest level of performance. If you want even more than its 16 GB internal storage capacity, you have the possibilty to extend it up to 32 GB thanks to a micro SD card.

From the cameras point of view, there is no reason to complain about – Motorola Droid Bionic Targa is equipped with an 8 megapixels one including various features such as auto focus, image stabilization, dual LED flash, or face detection, as well as the ability to take pictures with a maximum resolution of 3264 x 2448 pixels. And let’s not forget about the additional 0.3 megapixels VGA camera perfect for video chat. As operating system, Motorola choosed Android 2.3.4 Gingerbread and it also included some connectivity features such as Bluetooth, Wi-Fi, or USB 2.0.

Its Li-Ion standard battery has a 1930 mAh capacity and don’t worry, Motorola couldn’t forget about Video Playback, YouTube player or Music Player offering support for MP3, AAC, AAC+ formats and including specifications such as Album art cover or Background playback. And the last aspect, the portability one, offers us the folowing dimensions – 125.9 x 66.9 x 13.3 mm or a weight which is no more than 158 grams. So, for a final decision, we must wait for details about a specific release date or the price.