Are you looking for a device that could offer you a great call and camera quality, as well as a decent battery life? We’ll present you the new Samsung Droid Charge model, capable of including all the previous mentioned aspect. We know that it might seem a little expensive, having a price of 299.99 $, but its quality is directly proportional with this number. 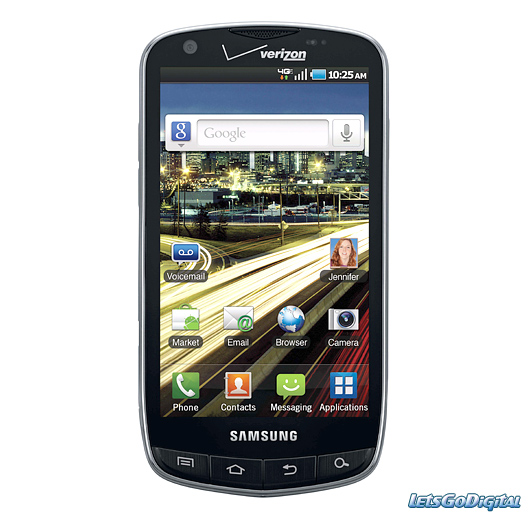 From the design point of view, we had a familiar feeling which reminds us of some Samsung Galaxy S models. Although, to be honest, it seems to be a little to large, finally it feels good in the hands, at this aspect a great part been played by its plastic construction as long as it weighs no more than 5.04 ounces. The most interesting aspect is by far the technical one, including some really amazing features. Its 4.3-inch Super AMOLED Plus touch screen is able to display a maximum resolution of 480 x 800 WVGA pixels and no less than 16 million colors.

The Hummingbird CPU is powerful enough and, as we mentioned from the beginning, there is much more about it. We are referring to its 8 megapixel camera which can offer you incredible pictures, including some options such as geo-tagging, auto focus, face detection, blink detection, antishake, or a maximum resolution of 3264 x 2448 pixels. It is also capable to shoot 720p HD video of good quality and a secondary 1.3 megapixels camera is present too, with a pretty good 1280 x 768 pixels resolution.

Samsung Droid Charge runs Android 2.2.1 OS is the perfect choice from our point of view, because is gives you access to the standard Google services, full Web browser or social networking integration too. And the 2 GB of internal storage can be extended up to 32 GB, all thanks to its microSD card slot. So there is no wonder that it received the well-deserved title of Verizon’s second 4G-capable smartphone, having a full list of high-end features.