Let’s have a look at the HTC HD7, the first Windows Phone 7 smartphone released on T-Mobile in the U.S.A. If first it was considered to be similar to the HD2 model, we discovered in fact some some very interesting new features. 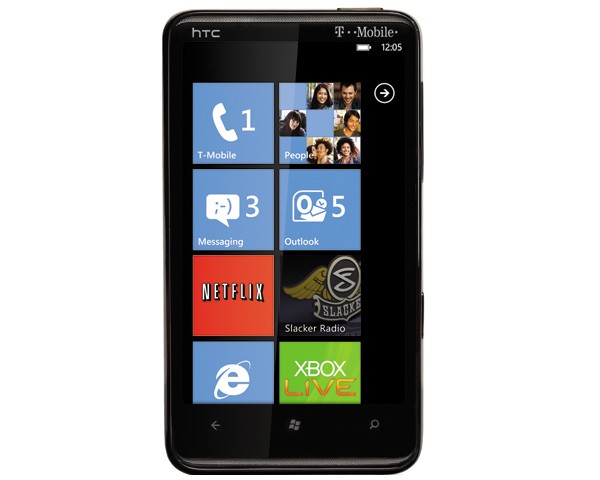 This device is equipped with 1Ghz Snapdragon QSD8250 processor with 576Mb RAM, 512MB ROM, 16Gb of storage and 4.3 inches super LCD capacitive touchscreen which is capable to display a resolution of 800 x 480 pixels WVGA.

You won’t be dissapointed about its 5 megapixels camera either, as long as it comes equipped with auto focus, geo tagging or face detection features and 720p (HD) video recording capabilities. And the Windows Phone 7 operating system is just perfect.

Some people complain about the lack of some good T-Mobile programs or free games and movies or about its buttons which are difficult to feel and press. And unfortunatelly Windows Phone 7 lacks key features like copy/paste or fast app switching. But we still belive that for a mobile device the features sound great enough.