Toshiba has just unveiled its new Dynabook Qosmio T851/D8CR and we’ll tell you from the start what is so interesting about it. This model is the world’s first glasses-free notebook PC which has the ability to display 2D and 3D content at the same time, using different windows on one screen. 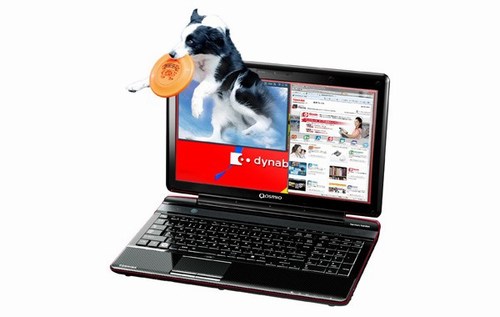 And if you take a look at its list of specifications, you’ll be even more surprised. Toshiba Dynabook Qosmio T851/D8CR is powered by a 2.3GHz Core i5-2410M processor and has a 15.6-inch clear superview LED-backlit display with a resolution of 1920 x 1080 pixels.

Various types of connectivity options are included: Wi-Fi 802.11b/g/n, Bluetooth 3.0, Gigabit Ethernet, as well as one USB 3.0 or HDMI port. But what captures our attention is the fact that it is able to convert 2D to 3D real time or that is based on Synergistic Processing Element (SPE) quad-core.

And even more, it includes GeForce GT 540M graphics card with 1GB of memory or a Blu-ray drive, a TV Tuner and Harman Kardon speakers. So Toshiba Dynabook Qosmio T851/D8CR packs everything we could wish for and in July we’ll have the chance to buy it.