Following in the footsteps of the recent successful Nokia E71 and Nokia E72 smartphones, the Nokia E6 promises a lot too. Specially designed for the business segment, Nokia E6 comes equipped with a a full QWERTY keypad and the highest resolution screen of any such device: 2.46-inch VGA (640 x 480) capacitive touchscreen. 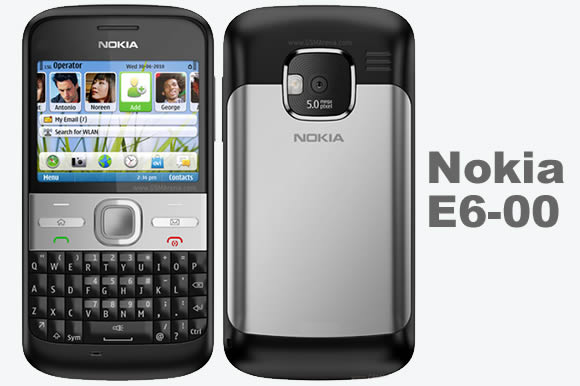 An 8 megapixel full focus camera with dual-LED flash, capable of recording HD footage at 720p it will certainly capture your full attention, offering the most amazing pictures, as well as the integrated FM radio feature or the 8GB of included storage, expandable to 32GB.

Nokia E6 allows Word, PowerPoint and Excel editing thanks to its Quick Office pre-loaded feature. And you won’t have to worry about your talk time anymore. This smartphone includes a 1500mAh battery, offering you up to over 14 hours on a single charge. We must mention the fact that Nokia E6 and Nokia X7 too are the first devices to offer the complete update of the Symbian software user experience.

So we are reffering to a much faster internet browsing experience, a new Ovi Maps application, improved text input or fresh icons. And this software update, which is nick-named Symbian Anna will be available in a few months. Price and availability of Nokia E6 have not yet been made public, but we are expecting at around £300.