Nokia has been pretty quiet about its new model – Nokia E6-00. But a member of the Nokioteca Forums made a few clear photos and some videos, making the mystery to vanish. We have to admit that it looks just as a version of the Nokia E71, but its features will be the one to make the biggest difference. 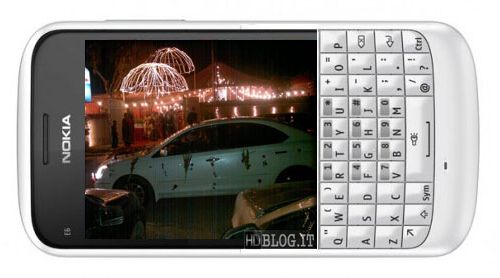 An 8 megapixel camera with dual-LED flash capable of 720p video recording and a 1.3 megapixel front-facing camera are mentioned. As well as a 2.6 inch screen able to display a maximum resolution of 640 x 480 pixels.We also know that the smartphone’s OS is a version of the Symbian^3 adapted for 4:3 aspect ratio screens

All these images with a silver version of this business orientated smartphone are quite exciting. But Nokia hasn’t decided yet, so we don’t know how the final result will actually look like; of course we are expecting at classy black and white and the rest will be a surprise.

We have no details yet on the price of Nokia E6-00. And a release date has not been mentioned either, but we’re expecting it to be scheduled for this summer.