Samsung Galaxy Tab 8.9 was officially announced at the International CTIA Wireless 2011. Expected to measure only 8.6 mm thickness it will be available in two versions: 16 GB and 32 GB capacity, offering a host of great features and options. 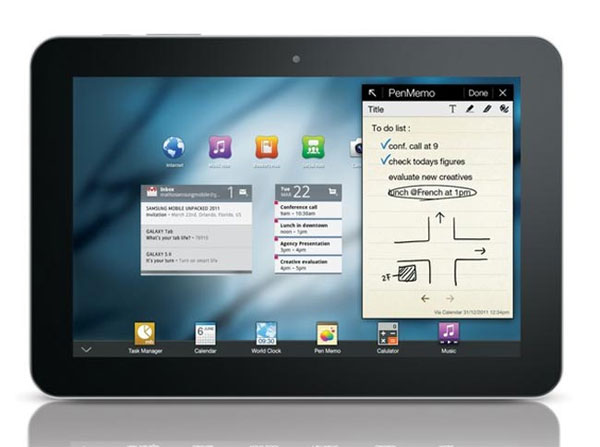 The new Samsung Galaxy Tab 8.9 will be powered by a 1GHz dual core processor and will run on Google Android 3.0 Honeycomb. Connectivity features include Bluetooth 3.0, USB 2.0 and WiFi 802.11. The 8.9 inch screen of the Galaxy Tab 8.9 will offer a 1280×800 pixels screen resolution, better than Motorola Xoom or Apple iPad 2.

A 3.0-Mega Pixel Camera AF with LED Flash Front will be included in the back side, as well as a second one in the front for video calls, having 2 MP.